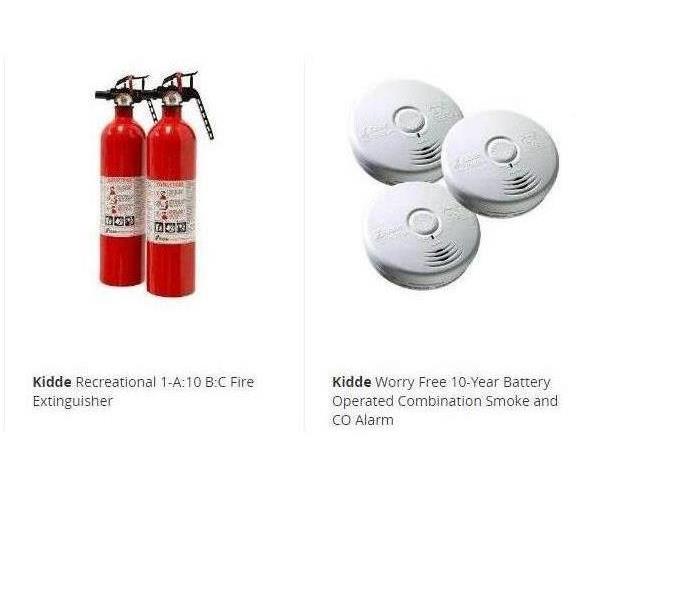 Use these fire safety tools to protect your home, family, and pets from fire, smoke, and poisonous carbon monoxide gas.

Fires can start in a variety of ways, which includes faulty electrical wiring, lightning strikes, cigarette smoking, cooking mishaps, dryer vent ignition, gas furnace ignition, fireplace ignition, portable heater tip-overs, and so forth. Fires can smolder for hours before suddenly erupting into flame. If you have an electrical fire, a fire extinguisher, sand, and baking soda can be used once the electrical source of the fire has been disrupted.

Fire extinguishers are classified by ratings of A, B, and C. These ratings determine the size and type of fire that the extinguisher can put out as follows:

The number that precedes the letter determines how big of a fire the extinguisher can put out in increments of 2.5 feet. For example:

There are two basic types of smoke detectors as follows:

Both types are effective in detecting smoke and fire, but the best smoke alarms feature both technologies.

Carbon Monoxide (CO) is a toxic, colorless, odorless, poisonous gas that comes from an appliance malfunction and burning fossil fuels, such as oil, gas, and coal. A furnace crack, dryer vent clog, and a blocked chimney can all produce CO. Use carbon monoxide alarms to detect a leak quickly.

Carbon monoxide deprives you of oxygen that your blood depends on to sustain life. If you are exposed to even small amounts of CO, then it quickly bonds with hemoglobin in your blood and displaces oxygen. When this occurs, you experience flu-like symptoms, such as headaches, fatigue, nausea, dizzy spells, confusion, and irritability. As more time passes, the symptoms can worsen to include vomiting, loss of consciousness, brain damage, and even death. Place a CO detector in every bedroom, living room, and basement in your home to prevent carbon monoxide poisoning.